Maik de Boer, the undisputed master of image in the Netherlands

You are here: Home / Maik de Boer, the undisputed master of image in the Netherlands

Maik de Boer is an undisputed master of image in the Netherlands. He began in the hotel industry and, after working in many places, his career culminated in a management job in the Marriott Marquis hotel in New York. However, he eventually quit the hotel industry to follow his heart as he realised that he could no longer ignore his passion for clothing.

After graduating from the fashion academy, Maik started work as a trainee with the TV comedy series ‘Oppassen’. His first real job as a stylist was also connected with comedy, as he was the stylist for the last season of ‘Zeg ‘ns Aaa’.

Besides working for TV programmes, Maik has a good many TV personalities among his clientele. For example, Maik did the styling for the new album, video clip and theatre tours of Ruth Jacott. He has also been involved in quite a few photo shoots for the magazine ‘Beau Monde’.

Now he has become something of a television personality in his own right. Maik de Boer was a frequent Sunday afternoon guest of Carlo & Irene in their ‘Life & Cooking’ programme, during which he gave all kinds of dress advice in his item ‘Metamorphosis’. He has also presented the ‘Looking Good’ programme and is a regular expert guest on the showbiz programme RTL Boulevard.

His tips ensure that clients’ clothing has that little something extra without detracting from the unique character of the individual concerned. Maik has an unrivalled knowledge of the interaction between character, clothing and camera. His approach has achieved great success.

Owing to his ‘good taste’ Maik is also regularly invited to take part in juries, seminars and brainstorming sessions. And he gives workshops on styling and dress protocol. In addition, Maik is also often invited to give colour analyses at meetings. 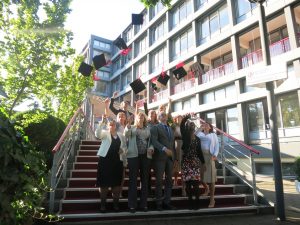