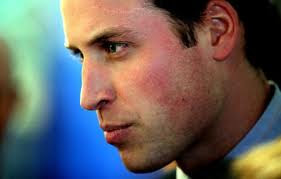 PRINCE William has told how he wants to modernise the monarchy and ­challenge the accepted way of doing things in the Royal Family.
The future king is opinionated and wants to speak out on issues he cares about – even though courtiers have suggested there can be no room for another Prince doing that while his father Charles is heir to the throne.
Read this article @ express.co.uk

Choose another article of your interest in the blog archive in the right column. Or scroll further down for books about protocol, interesting links, articles about protocol and protocol related tweets.
19 oktober 2010/door protocol
https://protocolbureau.com/wp-content/uploads/2017/01/logo_protocolbureau_GOUD-5.png 0 0 protocol https://protocolbureau.com/wp-content/uploads/2017/01/logo_protocolbureau_GOUD-5.png protocol2010-10-19 08:39:002010-10-19 08:39:00I’M READY TO SHAKE UP THE ROYAL FAMILY