Blog
U bevindt zich hier: Home1 / Blog2 / Royals3 / Laugh and you lose – rules of the game at court of King George 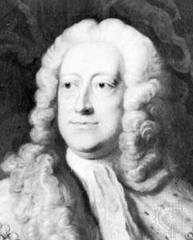 Sympathy for Georgian courtiers? For those fawning hypocrites, sticklers for protocol, whose bloated egos were matched only by their vast and unearned wealth? Give us stories of how beastly they were to each other, how cold, pompous and ridiculous – but spare me the sympathy.

But they didn’t all want to be there. Peter the Wild Boy was a real wild one. “Captured” as a child in the woods near Hanover, he was taken to court as a curiosity. Knowing no languages, his feral antics were an amusing contrast, they thought, to the polished performances of the sophisticates at St James’ Palace. He was trained (his legs beaten for misdeeds of which he was unaware) but, like a toy, he eventually lost his appeal. In his free moments he visited the stables to “speak” with the horses.

Henrietta Howard was with a man who thought little of her. George II believed his position required a royal mistress whether he wanted one or not. Worse, for Henrietta, she was also Bedchamber Woman to the Queen, a position which required her to hold a wash basin before Charlotte. Not only did she endure snide remarks from the king’s wife but he would come in to criticise her work, too.
She endured this, as did many other courtiers, because of a prevailing belief that serving royalty was an honourable calling. It was also, of course, where the power to make or unmake resided, something of which Robert Walpole was keenly aware. Britain’s longest-serving first minister is remembered for being mercilessly lampooned in John Gay’s The Beggar’s Opera, but Gay himself was in pursuit of a post and only quit after the position he was offered – Gentleman Usher to the baby Princess Louisa – he considered too low.

Choose another article of your interest in the blog archive in the right column. Or scroll further down for books about protocol, interesting links, articles about protocol and protocol related tweets.
24 oktober 2010/door protocol
https://protocolbureau.com/wp-content/uploads/2017/01/logo_protocolbureau_GOUD-5.png 0 0 protocol https://protocolbureau.com/wp-content/uploads/2017/01/logo_protocolbureau_GOUD-5.png protocol2010-10-24 09:03:002010-10-24 09:03:00Laugh and you lose – rules of the game at court of King George