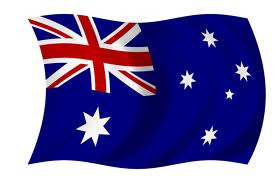 PRIME Minister Julia Gillard and her First Bloke, Tim Mathieson, were slammed on talkback radio this week for his sartorial splendour while visiting South-East Asia.

It seems the poor guy can’t win. His tie was too long, or he should have worn one, or his suit jacket should have been buttoned or he didn’t know where to walk. Yada, yada, yada.

The criticism contained a touch of reverse sexism – and not so reverse, with commentators also referring to Gillard as “frumpy”, lacking “gravitas” or “out of her depth”, on her first regional tour.
It would be hard to imagine the same being said about a male prime minister, no matter how pompous (hello, Kevin) he might be in his dealings with foreign dignitaries, which, refreshingly, Gillard is not.
Mathieson scrubbed up just fine, his face pleasant, demeanour unruffled, and no obvious faux pas, quite some achievement for a hairdresser-turned-First Handbag.
No, the real etiquette blunder was our Prime Minister’s. Why, when visiting conservative Islamic countries such as Malaysia and Indonesia, did she decide to bring her de facto partner, and flaunt a non-marital domestic situation that is in strict contravention of the mores and laws of her host societies.
In the majority Muslim nation Malaysia, after all, every Valentine’s Day the modesty police go around town raiding budget hotel rooms, arresting unmarried couples and charging them with “khalwat” or “close proximity”, a sexual misconduct offence that carries a maximum two-year jail sentence.
Even the current Opposition Leader, Anwar Ibrahim – a former deputy prime minister – has been jailed for sodomy. We are not talking about a progressive society.
So what were Gillard’s protocol people thinking? More to the point, what was she thinking? This isn’t a backpacking tour where you say, “To hell with local customs. I’m a proud Aussie and I’ll do what I want”.
Read this article @ the Herald Sun

Ushers Job & Thomas How to (or not to) behave, Sex and the City:
Scroll naar bovenzijde