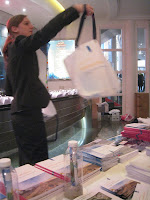 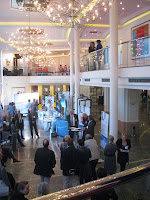 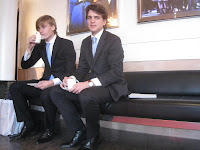 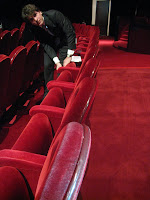 The ushers of the Protocolbureau @ the conference of “The Delta Programme“, the new-style Delta Plan

The aim of the new-style Delta Plan (the Delta Works of the future) is to protect our country form high water and secure its freshwater supply, for today and the future. Many aspects play a role in this, ranging from the living environment and the economy to nature, agriculture and recreation. The Netherlands is a low-lying, prosperous and densely populated delta that is vulnerable to flooding. If something happens, the suffering and damage – in economic as well as human terms – are unthinkable. Our delta is too precious to not take the necessary measures. In the past, we have been caught off guard on several occasions because we had not taken the necessary safety measures. The new-style Delta Plan has to ensure that we will not be caught off guard again. In addition, the freshwater supply is important to our economy and it too must remain secure in the future. The new-style Delta Plan will be implemented under the direction of the Delta Commissioner, a government commissioner whose position is anchored in the Delta Act. The Delta Bill was submitted to the Lower House on 1 February 2010. In anticipation of the Delta Act, at the request of the Lower House, the current Delta Commissioner, Wim Kuijken, was appointed for a term of 7 years. His position is set down in a Ministerial Decree.

Choose another article of your interest in the blog archive in the right column. Or scroll further down for books about protocol, interesting links, articles about protocol and protocol related tweets.
4 november 2010/door protocol
https://protocolbureau.com/wp-content/uploads/2017/01/logo_protocolbureau_GOUD-5.png 0 0 protocol https://protocolbureau.com/wp-content/uploads/2017/01/logo_protocolbureau_GOUD-5.png protocol2010-11-04 20:39:002010-11-04 20:39:00The Delta Programme, the new-style Delta Plan