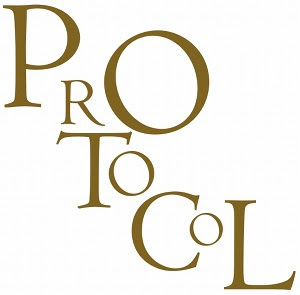 By Bae Ji-sook
Source: koreatimes.co.kr
Some say protocol is the essence of an event.

The G20 Seoul Summit will be attended by the heads state or governments of 19 member countries as well as the European Union, and five invited states as well as seven international organizations.
Just imagine how complicated it will be to and assist them with their every need ― the smooth management of an event reflects national competence.
Now that the event is just around the corner, organizers are busy dividing every minute and second of their action plan. For security and other reasons, all the details are closed to public but based on international etiquette and other events, The Korea Times has figured out some possible scenarios.

How will the meeting be arranged?
In principle, priority is given to heads of state, such as king of Saudi Arabia, presidents of the U.S., South Korea and Brazil among others. Next in line are the heads of governments such as the prime ministers of the United Kingdom and Japan. With regard to international organizations, the date of their establishment is the major factor.

In each category, the duration of an individual’s tenure will dictate the order of precedence. At the G20 Seoul Summit, Brazilian President Luiz Inacio Lula da Silva (inaugurated in Jan. 2003) will be prioritized. Among international organizations, Ban Ki-moon, secretary general of the United Nations (established in Oct. 1945) will be first.

1. Entrance: Entering the convention hall is one of the most important and nerve-wracking moments for security and protocol officers.

The attendees stay in the hallway for up to an hour for photo shoots and to greet fellow VIPs. Some easily tire and complain, while others do not get enough chances to mingle, protocol officers say.
Protocol varies from time to time and the host plays the main role in deciding the order of entrance and exit to meetings but in general, they follow international precedents.
The person with the shortest period of service will arrive first and leave last ― the person with the longest tenure will arrive last and leave first.
“It is to let the longest head of state minimize waiting times,” an official of the preparation committee said.
At some convention halls, there are prayer rooms for Muslim VIPs to pray at the appropriate time and this could affect when they arrive.

2. Seating: Seating is extremely important. Some countries are vying to sit next to the host country or influential states to share important messages at the multilateral talks. The duration of their terms is the largest principle adopted but the host can rearrange this.

Organizers of the Seoul Summit are reportedly considering three options: following regular protocol orders with former and future host country leaders sitting next to President Lee Myung-bak, or to use the seats for leaders who haven’t had a chance to hold a bilateral meeting with the President yet.
At the Toronto Summit, the last G20 meeting, Canadian Prime Minister Stephen Harper placed U.S. President Barack Obama and President Lee by his side.

3. Mobility: An airtight motorcade, or procession of vehicles guarding VIP vehicles, will escort delegates to and from their hotels and the conference venues. The exact vehicles the leaders will be on board will be kept secret for security reasons.

The police will control traffic signals and lanes to allow the vehicles to reach their intended destinations within 20 minutes from departure without being interrupted.
The protocol vehicles for the G20 summit participants have been provided by Hyundai, Kia, Audi, BMW and Chrysler. Hyundai Equus Limousines will be provided for country leaders.