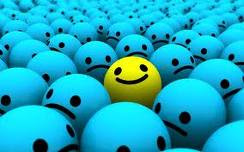 Naturally, critical people aren’t the first people you’d think of hanging out with. While you can try to get out of their way, you are bound to run into one or two of them in school or at work. Here are my 8 handy ways to handle them:

1. Don’t Take It Personally
They react in this manner because of certain beliefs and frameworks they have about life. You may think the critical person is all out to get you, but it’s more likely he/she reacts in this same manner toward everyone else too.
Here’s one simple way to check. Think about the common friends you have with the critical person. If possible, identify people of the same standing as you, so it’s comparable. After this, try to be present the next time they are with each other and observe how the negative person interacts with him/her. How does the critical person behave? Does he/she offer the same pattern of comments? Does he/she focus on the negative things? Does he/she come across as critical? Chances are high that it’s going to be a “yes.”
I used to take my critical friend’s comments to heart. I’d wonder why she was always so discouraging, and would feel defensive when she voiced her unwelcomed criticism. However, when I observed her treatment of our common friends, I realized she did this with others too. Same comments, same criticisms, same hang-ups, even though I never saw anything wrong with our common friends. Not only that, there was a trend in what she said and harped on. It was then I realized it wasn’t about me– it was her inner frameworks. It was a liberating realization. From there on, I no longer took anything she said personally and was able to objectify the situation.

Choose another article of your interest in the blog archive in the right column. Or scroll further down for books about protocol, interesting links, articles about protocol and protocol related tweets.
10 december 2010/door protocol
https://protocolbureau.com/wp-content/uploads/2017/01/logo_protocolbureau_GOUD-5.png 0 0 protocol https://protocolbureau.com/wp-content/uploads/2017/01/logo_protocolbureau_GOUD-5.png protocol2010-12-10 00:29:002010-12-10 00:29:008 Helpful Ways of Dealing with Negative People