Blog
U bevindt zich hier: Home1 / Blog2 / style3 / If trimming with a comb and scissors, comb your moustache hair against... 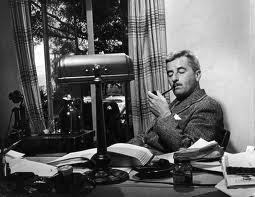 Source: Mien Magazine
MIEN Magazine loves Movember – a month-long moustache-budding campaign to raise money and increase awareness for cancers affecting men. Now in its 8th year, Movember has inspired gents to sprout taches across the world and even has its own iPhone application called Movember MoPhone to keep track of daily growth – how glorious!
In support of this valiant and genteel cause, the esteemed brush-maker Kent Brushes has developed a limited edition moustache comb with £1 of each brush sold donated to Movember.
Katie Antoniou spoke with Ben Cosby – Creative Director of Kent Brushes – about the brand and learned a few special grooming tips to make sure a gentleman’s moustache is neat and fetching.
Katie Antoniou (KA): Could you tell us a bit about the history of Kent brushes?
Ben Crosby (BC): G B Kent & Sons Ltd, manufacturers of brushes since the eighteenth century is one of the oldest established companies in Great Britain.
Kent Brushes (as they are now more commonly known) was founded in 1777 by William Kent in the reign of George III. Kent holds a pre-eminent place in the history of brush making with an unbroken record of excellence in the quality of its production, which has been recognised by the granting of Royal Warrants for nine reigns.
The Kent family continued to run the company for six generations until 1932 when the last of the three Kent brothers passed away. This is when Mr Eric L.H Cosby, owner of Cosby Brushes Ltd, entered into an association with G.B Kent & Sons. A new chapter was then opened in Kent’s long history.
Read the rest @ Mien Magazine

Choose another article of your interest in the blog archive in the right column. Or scroll further down for books about protocol, interesting links, articles about protocol and protocol related tweets.
11 december 2010/door protocol
https://protocolbureau.com/wp-content/uploads/2017/01/logo_protocolbureau_GOUD-5.png 0 0 protocol https://protocolbureau.com/wp-content/uploads/2017/01/logo_protocolbureau_GOUD-5.png protocol2010-12-11 09:16:002010-12-11 09:16:00If trimming with a comb and scissors, comb your moustache hair against the grain to get the hair to stand up properly. Then use the scissors and cut a