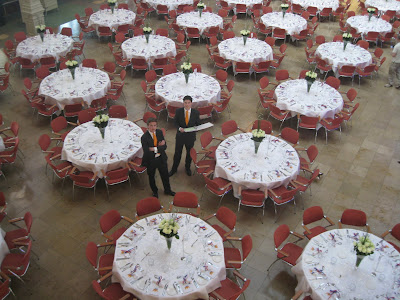 WHEN I was growing up, we used to play a game that went something like this: If you could invite any five people from history to dinner, who would it be? That game seems to have lost popularity of late, and I’m beginning to think I know why. These days, everybody I know invites the same guest to dinner. Who’s this ubiquitous invitee? The answer is sitting in your pocket.
Enlarge This Image
Few rules of contemporary society seem more unanimous right now than the strict admonition against using a smartphone at mealtime. Of the 40,569 surveyors who rated restaurants for the 2011 Zagat guide to New York City restaurants, 64 percent said that texting, checking e-mail or talking on the phone is rude and inappropriate in a restaurant. “Emily Post’s Table Manners for Kids,” published in 2009, says bluntly, “Do NOT use your cellphone or any other electronic devices at the table.” As Cindy Post Senning, the book’s co-author, told The New York Times last year, “The family meal is a social event, not a food ingestion event.”
Laurie David, the Oscar-winning producer and a Hollywood doyenne, goes even further in “The Family Dinner,” her new cookbook manifesto. “Do not answer the phone at dinner,” she writes. “Do not bring a phone or BlackBerry to the table. No ringing, vibrating, answering, or texting allowed.” If someone violates this rule, she says, the host should snatch the phone immediately and keep it as long as necessary.
But wait? What if a few clicks of the smartphone can answer a question, solve a dispute or elucidate that thoughtful point you were making? What if that PDA is not being used to escape a conversation but to enhance it?
Read the rest @ New York Times

If trimming with a comb and scissors, comb your moustache hair against the grain... The ushers of the Protocolbureau at the Miljonair Fair for the seating of the...
Scroll naar bovenzijde