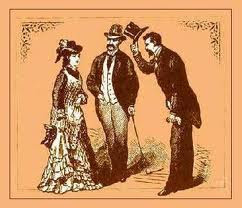 It is now 50 years since Emily Post, the guru of etiquette, passed away. Has civility passed away with her? Last week, when newly elected Speaker of the House John Boehner referred to the president’s legislation as “crap,” I began to wonder.
In his book, “The Promise,” the best seller about President Obama’s first year in the White House, Jonathan Alter writes, “[I]t [is] hard to see how things [are] going to get more civil when every loudmouth with a talk show or hatemonger with a laptop [can] mainline venom into the system.”
Today, in politics, civility has reached new lows — to the detriment of our citizens. When one side sets out to oppose the other for no rational reason, everyone loses. But it needn’t be that way.
Approximately 15 years ago, way before he became Republican National Committee chairman, Michael Steele was a participant in a writing and editing workshop I conducted at a Washington, D.C., law firm. Throughout the years, Mr. Steele and I have kept in touch intermittently and, although we disagree politically, we are able to disagree politely — and humorously — and can discuss most anything.
While civility is sorely lacking in politics, two other areas are known for rudeness, as well — the workplace and the schools, at all levels. According to a study conducted by Management Professor Christine Pearson at University of North Carolina’s Kenan-Flagler Business School, 45 percent of the 800 respondents surveyed contemplated changing jobs due to incidents of rudeness. Twelve percent actually did change jobs.
In 1997, Professor P.M. Forni, who teaches Italian literature at Johns Hopkins, founded the Johns Hopkins Civility Project, “aimed at assessing the significance of civility, manners and politeness in contemporary society.” He subsequently wrote “Choosing Civility: The 25 Rules of Considerate Conduct,” followed by “The Civility Solution: What To Do When People Are Rude.”
At the top of Professor Forni’s list of incivilities, echoing the University of North Carolina study, is “discrimination in employment,” followed by “erratic or aggressive behavior” in the workplace and “taking credit for someone else’s work.
Read the rest @ nj.com

The ushers of the Protocolbureau at the Miljonair Fair for the seating of the... Last assignment of the year: Gala in Palace “Het Loo”
Scroll naar bovenzijde