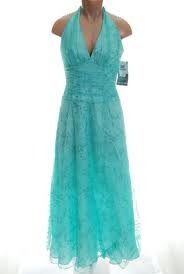 If you ever look at pictures of the Queen and the other ladies in the British royal family, they are almost always dressed in a bright color. Diana frequently wore her favorite shades of eye-popping reds, vibrant pinks, and royal blues. The reasoning behind this dress code is that a royal should always stand out in the crowd. Of course, in practice, who could have missed spotting the late Princess of Wales? After all, she was one of the most photographed women in the world. However, the rule is there, and that’s why you rarely see a British royal lady dressed in pastels or some drab shade. The exception to this rule is if they are in the country, such as in Balmoral in Scotland, or attending the Braemar Games, then the tweeds and tartans come out of the royal closets. (Photo: Princess Diana in 1996; Queen Elizabeth II in 2010; Getty).
Read this article @ huffingtonpost.com

Choose another article of your interest in the blog archive in the right column. Or scroll further down for books about protocol, interesting links, articles about protocol and protocol related tweets.
16 december 2010/door protocol
https://protocolbureau.com/wp-content/uploads/2017/01/logo_protocolbureau_GOUD-5.png 0 0 protocol https://protocolbureau.com/wp-content/uploads/2017/01/logo_protocolbureau_GOUD-5.png protocol2010-12-16 09:13:002010-12-16 09:13:00From Commoner to Princess: The Royal Rules of Style (PHOTOS)