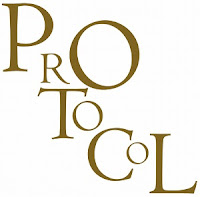 Source: centralchronicle.com
Posted On Tuesday, December 21, 2010
By a Staff Reporter

The state cabinet at its meeting chaired by the Chief Minister Shivraj Singh Chouhan today decided to amend the existing protocol rules for States Guests. At present the protocol arrangements are made under State Protocol Rules 1958 (amended in 1968) and the directives issued from time to time by the General Administration Department. A budget provision of Rs. 4 crore 58 lakh 70 thousand would be made for enforcement of the amended rules-2010.
The State Guests have been classified in two categories under List-A and List-B. The rules pertain to arrangements for reception, accommodation, security, catering etc of these guests.
As per the amended rules, the guests mentioned in List-A the VVIPs and VIPs shall be treated as State Guests for the purpose of reception, transport, boarding and lodging when they visit any place in the state of Madhya Pradesh irrespective of the nature of their visits. The VIPs/ dignitaries and officials mentioned in list-B shall be treated as State Guests for the purpose of reception, transport, boarding and lodging when their visit is at the invitation of the Government of Madhya Pradesh or with the affairs pertaining to this State Government only. Any non-official/dignitary who does not figure in the List A and B shall be treated as State Guest with the specific orders of the Chief Minister of Madhya Pradesh. State Guest facilities will be extended to dignitaries visiting from other States strictly on reciprocal basis only. Personal staff and air crew/driver up to maximum number of four accompanying the State Guest in List A and maximum number of two in List B will be given hospitality at State expense for boarding , lodging and transportation, though they will not be treated as State Guests. The period for providing State Guest facilities will not exceed three days for the dignitaries mentioned in List A and two days for the dignitaries of List B on each occasion.
Security arrangements for the State Guests would be made as per provisions laid down by Government of India and the directives issued from time to time by the State Government. On the visit of State Guests and dignitaries in districts the vehicles for their transportation, pilot and follow shall be hired. As a rule, no government vehicle would be acquisitioned for this purpose in districts or any other place. However, the district collector would be authorized to acquisition government vehicles for emergency or relief management.
Generally, there are no adequate arrangements at VIP Guest Houses and Circuit Houses during the visits of State Guests and dignitaries. In view of this, rooms for protocol arrangement would be reserved in the hotels of M.P. Tourism Development Corporation at Bhopal, Gwalior, Jabalpur, Shivpuri, Mandu, Khajuraho, Orchha etc at pre-negotiated rates. The Corporation would be required to consult the State Protocol Officer or District Protocol Officer before reserving these rooms to others.
In addition to State Guests, the Governors, Chief Ministers, Ministers, Chief Justice, judges of High Courts, chairpersons of corporations, boards and commissions, senior officers from other states and Government of India will be treated as State Guests by concerning district collectors and necessary arrangements would be made by them accordingly.
Officers of the State Administrative Service of the rank of Joint Collector would be posted as District Protocol Officer. In remaining 46 districts, Additional District Ministrant would be designated as ex-officio Protocol Officer. In Indore, Gwalior, Jabalpur, Ujjain and Bhopal tahasildar of revenue/land records department/superintendent of land records would be nominated as Assistant Protocol Officer.
In places important from tourism and protocol point of view, the SDO(revenue) would be nominated as Protocol Officer. These places include Pachmarhi, Chitrakoot, Mandu, Omkareshwar, Maheshar, Kanha, Pench, Amarkantak, Orchha, Bandhavgarh, Khajuraho and Maihar. The district protocol sections in districts would be provided all necessary facilities.

Other Decisions
The cabinet gave ex-post-facto approval to the Perspective Framework Plan 2009-17 sent to Government of India by School Education Department for universalization of secondary education (class 9th and 10th). The approval was given on the condition that in view of the sanctions to be received from Government of India the plan of 12th Five Years Plan would be amended according to requirements of that time. This centrally sponsored scheme was formally launched in year 2009 as Rashtriya Madhyamik Shiksha Abhiyan. It aims at providing quality and equal education to children of 14-15 years age group within their access and economic condition. Madhya Pradesh is one of the three states chosen for preparing the tamplet under the scheme. An expenditure of Rs. 18585 crore is likely under it.

Read the rest of this article @ centralchronicle.com