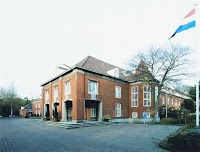 The Institute of Protocol The Hague & the Protocolbureau are the organisers of a Seminar on Protocol at the Prinses Julianakazerne in The Hague on Monday 10 October 2011.
The seminar is being organised on the occasion of the visit of Ms Pamela Eyring, President and Director of The Protocol School of Washington, to the Netherlands. We are delighted that Ms Eyring will give a lecture on modern protocol.
Following Ms Eyring’s lecture Ambassador Eric Niehe, Mr Jan Bout and former CEO of Royal Haskoning will discuss the merits of protocol and relationship management. Protocol specialist Major Hans van Reenen will conclude the seminar with a lecture about ‘the Public Interest of Military Ceremonies’.
The Institute of Protocol The Hague and the Protocolbureau are looking forward to the presence of the Ambassadors to the Netherlands, Dutch protocol experts, event management and communication specialists on 10 October 2011. 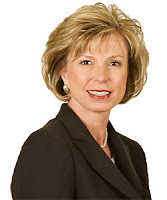 Ms Pamela Eyring,
President & Director of The Protocol School of Washington
Pamela Eyring is the President and Director of The Protocol School of Washington, the only nationally accredited business etiquette, image and international protocol school in the United States of America. Formerly the Chief of Protocol at Wright-Patterson Air Force Base, (and the first civilian to hold the post), Ms Eyring planned and directed military, government, international and civic ceremonies, conferences, special events and Presidential visits. She was also the Executive Development Program Manager for the Education and Training Branch of Headquarters Personnel.
Ms. Eyring has presented seminars and briefings to international corporate and government executives. She was named Washington Business Journal’s first monthly Biz Etiquette columnist. In 2010, Ms. Eyring was approached by Reuters Global to write regular Modern Business Etiquette columns.
Ms. Eyring is an active member of Protocol and Diplomacy International – Protocol Officers Association (PDI-POA) and Meeting Professionals International (MPI).

Major Hans van Reenen
Major Hans van Reenen, RNLMC, is a renowned protocol and ceremonial specialist. During his years as Aide-de-Camp to two successive Ministers of Defense, he planned, carried out and supported a wide range of ceremonial and official functions hosted by the Minister of Defense.
In 2009, his expertise, style and attention to detail earned him a special commission by the Secretary-General and Chief of Defense as Ceremonies and Protocol Desk Officer. In this role, he was responsible for preparing a policy document and officiated over various public, extremely high profile ceremonies, including decoration for military valour ceremonies and the Minister of Defense’s Change of Office Ceremony. Recently returned from a six months international mission in the Middle East, his presentation for today’s seminar is provocatively titled: ‘the Public Interest of Military Ceremonies’.

Roel Wolbrink
Roel Wolbrink is an expert in Dutch etiquette. He has a clear message: if people do not get along, it is impossible for them to cooperate. Together with Stefan de Vries he wrote ‘Het Blauwe Boekje’. And another book from his hand is Businessetiquette 3.0′.

Mr William Hanson
William Hanson is an international etiquette & private household management consultant, based in England. William’s career has so far seen him work within VIP households, organise government functions, lead a series of highly successful seminars on British etiquette in China, advise foreign diplomats in matters of Western protocol, as well as working with leading schools & universities educating the next generation in matters of good manners and basic etiquette. William is a regular face and voice on BBC television and radio, as well as contributing to publications such as Tatler, The Daily Mail, The Financial Times. William is also a columnist for The Huffington Post.

Choose another article of your interest in the blog archive in the right column. Or scroll further down for books about protocol, interesting links, articles about protocol and protocol related tweets.
12 september 2011/door protocol
https://protocolbureau.com/wp-content/uploads/2017/01/logo_protocolbureau_GOUD-5.png 0 0 protocol https://protocolbureau.com/wp-content/uploads/2017/01/logo_protocolbureau_GOUD-5.png protocol2011-09-12 19:36:002011-09-12 19:36:00Seminar on Protocol with Ms Pamela Eyring at the Prinses Julianakazerne in The Hague on Monday 10 October 2011