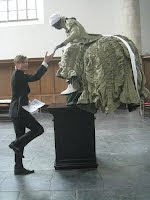 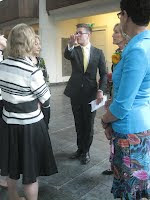 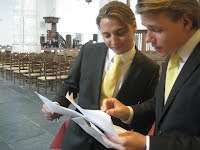 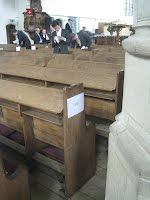 Today H.M. the Queen officially opened an exhibition about contemporary sculptures from South Africa. Until September 9, the sculptures can be seen on the most beautifull avenue of The Hague, the ‘Lange Voorhout’.

The exhibition is organised by ‘Den Haag Sculptuur‘ and the ‘Museum Beelden aan Zee‘ and has the title ‘The Rainbow Nation’.
The development of South African sculpture over the past sixty years can be followed on the Lange Voorhout and in the museum. From the dark days of Apartheid via the freedom achieved in 1994 – the first elections for all races, to the current period of transformation. With more than fifty sculptures by the major South African artists of the past sixty years. From 29 May to 9 September on the Lange Voorhout and from 8 June to 30 September in Beelden aan Zee Museum.

The Protocolbureau is sponsor of the festival and coordinated the opening. 15 ushers assisted in welcoming and seating the guests and dignitaries.