Blog
U bevindt zich hier: Home1 / Blog2 / Institute of Protocol3 / Soon-to-be King Willem-Alexander: “I am not a protocol fetishist...

The Dutch protocol experts are happy with the recent statement by the soon-to-be King Willem-Alexander. “I am not a protocol fetishist” he said in an interview on national television days before his official inauguration as the King of the Netherlands. Willem-Alexander spoke about the importance of authenticity. “It is significant that people feel at ease around me and do not struggle with the rules of protocol”. These remarks are an important support for the modernization of protocol. The 45-year-old Prince and his Argentine-born wife, Princess Maxima, will become King and Queen when Queen Beatrix abdicates 30 April after 33 years on the throne. 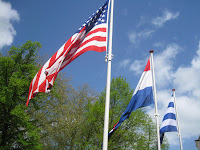 “Protocol is never an end in itself. It is a vehicle to arrange meetings and create space for meaningful encounters”, says Jean Paul Wyers, director of the Institute of Protocol The Hague. “For many protocol stands for unnecessary formalities, however modern protocol should be invisible and guarantee that people feel comfortable.”

Protocol is often confused with etiquette. The official definition of protocol reads ‘how meetings with officials are being organized‘. In that sense the protocol has been around for a long time. At the Congress of Vienna important agreements were made about protocol. We still use these agreements, for example to determine the order in which the sports teams enter at the opening ceremony of the Olympic Games. Or in what order flags hang at international conferences. It prevents dissension.

This can be seen at fashion shows. Here, modern protocol is used to ensure that important clients take a seat on the first row. For business, protocol guarantees that the employees pay more attention to the clients at relationship events. On farewell receptions modern protocol is a means to avoid rows.

The Institute of Protocol The Hague has used protocol for years as methodology at meetings with members of the Royal Family, but also at business meetings, at fashion shows and even at dance events. Formal or informal, the principles and the methodology of the protocol are the same everywhere.