Blog
U bevindt zich hier: Home1 / Blog2 / education3 / ‘The cradle of protocol’ by historian Paul Spies
‘The cradle of protocol’ is a lecture by Paul Spies, director of the Amsterdam Museum. The lecture was given at the Hotelschool The Hague on Monday 9 September 2015 on the occasion of the official launch of the new postgraduate about modern protocol ‘Strategic Relationship Management‘: How to increase the long term effectiveness from networks and relations. Modern protocol management is the basis of all this. 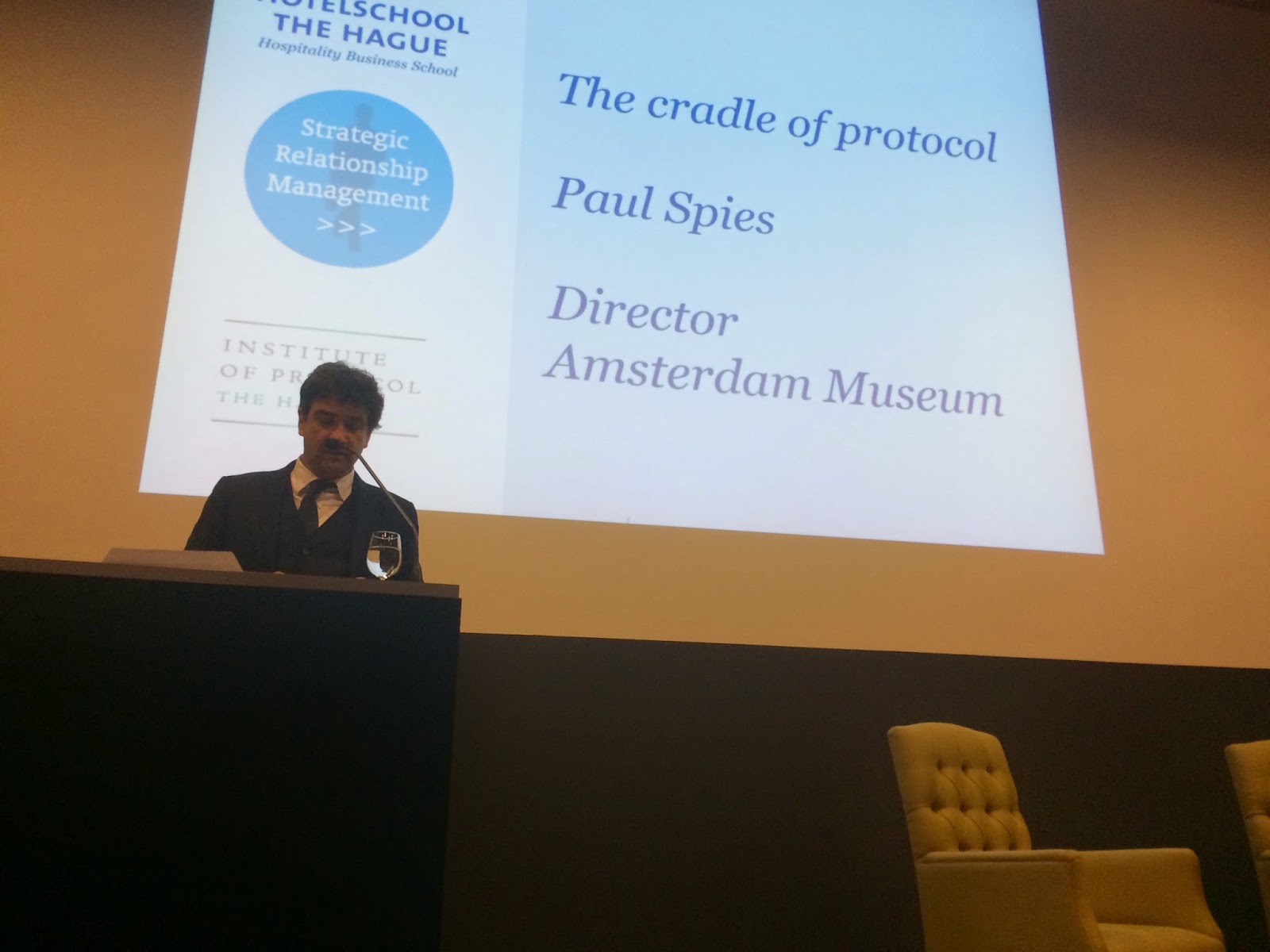 Let me first explain to you why a director of a museum on city history is giving an introductory lecture on strategic relationship management.
As a student in art history I studied the culture of the court of King-Stadholder Willem III and Queen Mary in the late 17th and early 18th century. Especially I tried to reconstruct the exact decorations of the royal palaces and aristocratic houses of the court circle in Holland and Great-Britain. For this I used the legal inventories that were kept in record offices, summing up the furnishings of the interiors of these grand houses. Together with the fixed paintings I could reconstruct many original situations and started to wonder why there were so many similarities in lay-out and decorations. Two publications gave me the right directions to start to give the explanation: Mark Girouard’s Life in the English Country House, especially chapter 5: The Formal House (published 1978) and philosopher Norbert Elias’ The Court Society (published in 1969). What I found out, was that nothing in these houses of pump and circumstance was there by coincidence, every piece of furniture and every decoration had a ceremonial function and/or meaning.

Nothing was there by coincidence, every piece of furniture and decoration had a ceremonial function and/or meaning

By studying the interior designs very thoroughly you could even reconstruct complete scenario’s, storytelling in a concealed manner. Stories on lineage (aristocratic status), ambitions (power play), virtues (personal qualities of the owner-inhabitant), belief (to God) and loyalty (to the king). These houses were primarily for reception and most visitors in these times were knowledgeable and knew how to read and interpret these decorations. And they also knew how they had to act within this surrounding, because aristocratic life used to be one big protocol.
I was very lucky to encounter a hand-written document in the royal archives, written by the Master of Ceremonies of William and Mary, in which he gave precise instructions on how to prepare and accompany the official audience of the Prussian ambassador at the royal palace of Windsor Castle in 1695. This extensive briefing of the Master of Ceremonies to his son, who was second in command at the office, was needed because he himself was suffering from a serious attack of gout and his son had to take over the management of the audience. In this document he describes the precise activities of the ambassador and his train in each room that they would cross and the exact placing of furniture in these rooms. It appeared that literally every object had a specific function.
This conclusion matched fully with Norbert Elias’ description of the court culture of the French absolutistic Sun King, Louis XIV, which he described in the mentioned book. Apparently, the court circles of Great Britain and Holland had copied this entirely formalized way of life from the extremely centralized French court.

Later on, as a graduated art historian and managing an agency in art history in Amsterdam, I studied the houses along the Amsterdam canals from the same period, the seventeenth century, that were inhabited by a merchant class, existing mostly of parvenus, first or second generation entrepreneurs that had come into big money. To my surprise, I found out that also these newcomers were copying the lifestyle of the aristocrats. How was it possible that the powerful oligarchy of extremely wealthy ‘democrats’, who were very much into collective organization, had also an urge to live like their feudal, unwelcoming  rivals? Apparently also for them this was the way to express power, influence and wealth. So they joined the game of protocol.

The change comes from the inside 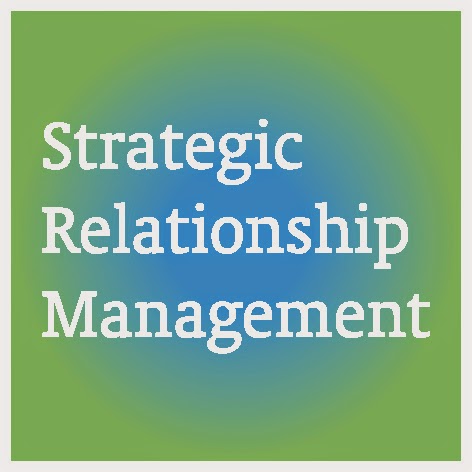 Since I understand the power of protocol, I’m fascinated by it, even though I, as an independent, modern Dutchman, don’t practice it very much myself. I am an observer, critical on the functionality of it. Therefore I’m very pleased by the initiative of the Institute of Protocol The Hague to organize this postgraduate on ‘Strategic Relationship Management‘. In the reader it says for instance that the modern world demands a new kind of protocol, one that is based on managing the personal attention. The organizers are very experienced, so they state, in the organization of many Royal events and official ceremonies. It seems to me a very good sign that the change comes from inside: the people that were trained in traditional protocol are opening up this very conservative world. Maybe this has also to do with our new king, who stated in an interview, years ago, that he is not (and here I cite King Willem-Alexander:) “a protocol-fetishist”. Apparently he also wants to question the functionality of ‘the way it has always been done’. So, if even the highest authority has a critical attitude by now, why shouldn’t you get rid of protocol completely?
From the reader I understand that this postgraduate is focusing on networking, so on mostly on personal relations with individuals and groups of individuals. Very modern indeed. I will leave you to that, but maybe I – as a critical observer of conservative traditions – could give you some reasons why protocol is not completely outdated, and never will. I’ill give you four reasons:
This lecture was given by Paul Spies, director of the Amsterdam Museum, on 9 September 2015 at the Hotelschool The Hague on the occasion of the launch of the new postgraduate ‘Strategic Relationship Management‘. Strategic Relationship Management will start as postgraduate on 9 September 2015 on the Hotelschool The Hague university. The programme consists of 11 days over a period of 3 months.
Choose another article of your interest in the blog archive in the right column. Or scroll further down for books about protocol, interesting links, articles about protocol and protocol related tweets.
12 februari 2015/door protocol
https://protocolbureau.com/wp-content/uploads/2017/01/logo_protocolbureau_GOUD-5.png 0 0 protocol https://protocolbureau.com/wp-content/uploads/2017/01/logo_protocolbureau_GOUD-5.png protocol2015-02-12 16:09:002015-02-12 16:09:00‘The cradle of protocol’ by historian Paul Spies